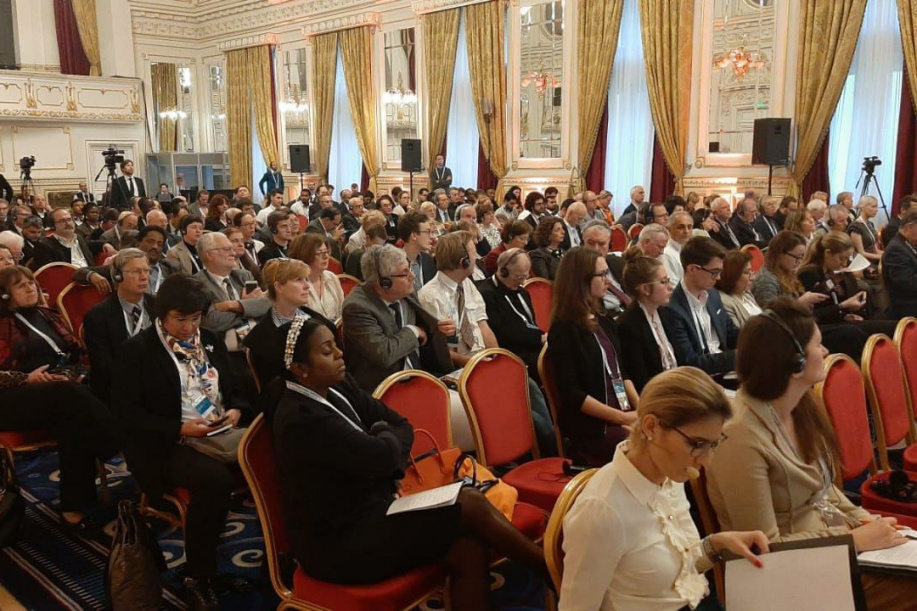 On 28th November 2019, with the blessing of His Holiness Patriarch Kirill of Moscow and All Russia, Metropolitan Hilarion of Volokolamsk, chairman of the Moscow Patriarchate’s Department for External Church Relations, attended the 2nd International Conference on Christian Persecution held in Budapest and delivered an address.
The conference was organized under the patronage of the Government of Hungary. Among the participants in the forum were Mr. Zsolt Semjén, Deputy Prime Minister of Hungary; Mr. Tristan Azbej, State Secretary for the Aid of Persecuted Christians of the Hungarian Prime Minister’s Office; Cardinal Péter Erdő, Archbishop of Esztergom-Budapest; Rev. István Szabó, Presiding Bishop of the General Synod of the Hungarian Reformed Church; Patriarch Ignatius Aphrem II of the Syriac Orthodox Church; Mr. Péter Szijjártó, Hungarian Minister of Foreign Affairs and Trade; Patriarch Abune Mathias I of the Ethiopian Church; as well as leaders and representatives of the Christian confessions fr om 45 countries.

In his address Metropolitan Hilarion emphasized that in spite of the sharp reduction in the numbers of Christians in the Middle East, many of those who believe in Christ are determined to stay in their native land.

“We have never heard fr om the leaders of the Middle Eastern Christian Churches any call to leave homeland. On the contrary, they say unanimously that Christians ought to remain in their homeland, wh ere they are the indigenous population. That is why among those who have left, many want to return. It is essential that we support them in their aspirations and enable the process of the return of refugees,” the hierarch said.

As Metropolitan Hilarion noted, the restoration of churches and infrastructure in the countries of the Middle East is the task of highest priority, for it may facilitate the return of Christian refugees to the region.

The DECR chairman also drew the attention of the participants in the conference to the desperate plight of Christians in several countries on the African continent and in Asia, wh ere extremists continue to kill and bring sufferings to the local Christians. “The world community now needs to hear the voices of Christian countries and clergy in defence of… Christians who are being exterminated before our very eyes,” the Russian hierarch also said.

Metropolitan Hilarion highlighted the activities of the Interreligious Working Group for Aid to the Syrian Population of the Council for Cooperation with Religious Associations under the President of Russia, made up of representatives of the Christian Churches of Russia, as well as of representatives of Islam and Judaism. For a short period from 2017 to 2019 the Interreligious Working Group carried out a whole number of humanitarian initiatives. A project was also drawn up with the view of restoring the destroyed Syrian social infrastructure, without which it would be impossible for the Syrians to return to normal life. Besides, a medical treatment programme for the Syrian children affected by the hostilities is being implemented in Russia.

“For Russia the Middle East is not an alien region; we take to our hearts the joys and afflictions of the population of the Middle East. And today our soldiers are once again helping much-suffering Syria destroy international terrorism, protect civilians and initiate the process of restoring a normal life whereby equal rights of all the religious communities are guaranteed,” the DECR chairman added, noting that in recent years the concerned countries have been frequently raising their voice in defence of Christians.

To conclude his address, Metropolitan Hilarion expressed the hope that the conference would help Christians of both East and West unite their efforts in the cause of peacemaking. 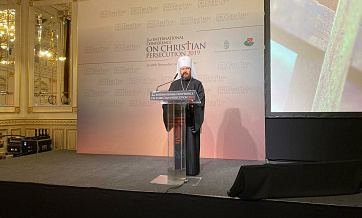 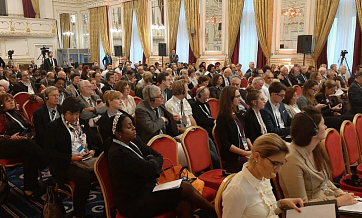