DECR chairman meets with Ambassador of Ireland to Russia

DECR chairman meets with Ambassador of Ireland to Russia 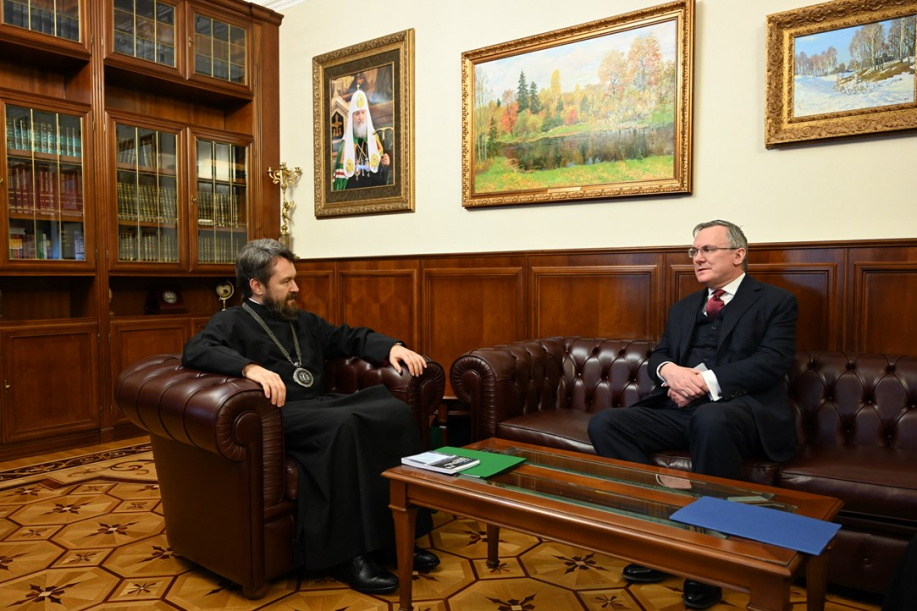 On 16 th March 2021, Metropolitan Hilarion of Volokolamsk, chairman of the Moscow Patriarchate’s Department for External Church Relations (DECR), met with H.E. Brian McElduff, Ambassador Extraordinary and Plenipotentiary of the Republic of Ireland to the Russian Federation.

Taking part in the meeting was also Archpriest Sergy Zvonarev, DECR secretary for far abroad countries. The participants confirmed good relations between people of Russia and Ireland and discussed the situation in the world under restrictions of the ongoing coronavirus pandemic.

Metropolitan Hilarion shared reminiscences of his visits to Ireland and meetings with Diarmuid Martin, Roman Catholic Archbishop of Dublin.

Mr. Mc Elduff described the situation of the Catholic Church in Ireland and its national traditions, religious ones including.

At the request of the diplomat, Metropolitan Hilarion informed him of the recent developments in the Russian Orthodox Church, the restoration and construction of churches and monasteries and the return of church property seized in Soviet times. 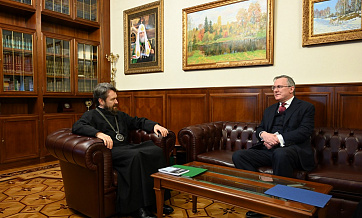 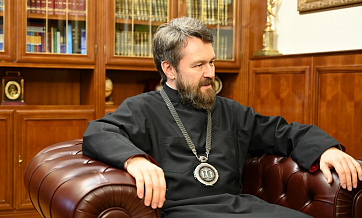 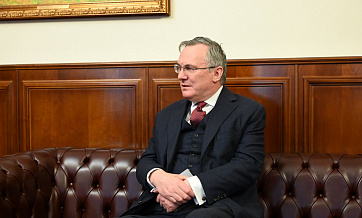 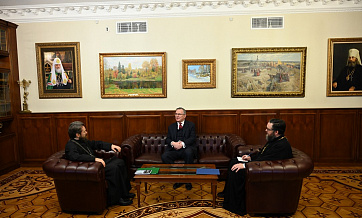 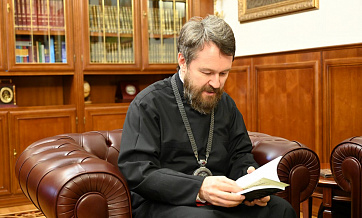