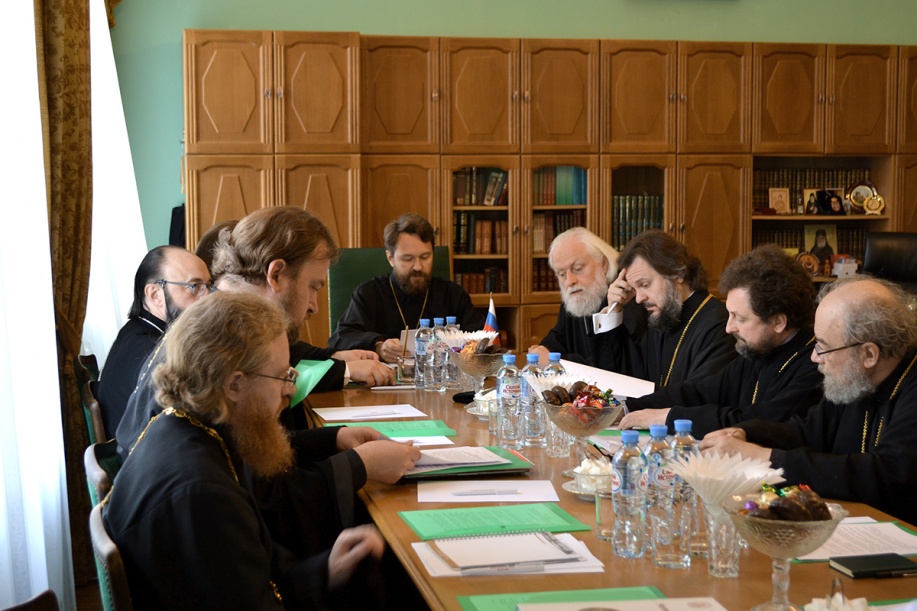 On July 17, 2017, the Inter-departmental Coordinating Group for teaching theology in universities held its regular meeting at Moscow Theological Academy. It was chaired by Metropolitan Hilarion of Volokolamsk, the chairman of the group, rector of the Ss Cyril and Methodius Institute of Post-Graduate Studies (CMI).

The meeting was opened by the report made by Metropolitan Hilarion. He spoke about the major events that took place in the work of the Inter-departmental Group after the its meeting in October 2016. His Eminence highlighted in particular the development of theology as an academic discipline, saying, ‘We have consistently advocated the stand taken by His Holiness the Patriarch on the need to develop theology as a separate field of knowledge in which academic degrees are granted. The intensive work has helped to solve the problem. An appropriate order of the Ministry of Education and Science has been registered by the Ministry of Justice and has come into force. The working meetings of our coordinating group have developed a proposal whereby this field will be formed according to the religious-confessional principle’.

‘Our task is to see to it that theological councils, regardless of which universities may set them up, should conform to unified academic criteria of quality. It implies further joint work with the Ministry, Presidential Administration and supreme legislative bodies including possibly in the sphere of by-law initiatives. In this matter we must be ready to involve church governance bodies and universities whose leaders are members of our Inter-departmental Group. Let us also attract the resources of the Interreligious Council in Russia’ His Eminence stressed.

He gave special attention to the need to supply the theological education with textbooks: ‘We all know that among actions taken to raise the level of education in our theological schools was the introduction of a single educational standard. Now all the theological schools use the single standard. It is time to renew the whole bulk of educational books so that each discipline could be taught on the up-to-date academic level. The single standard presupposes a single line of high-quality textbooks and educational aids. It is an all-church project directly monitored by His Holiness the Patriarch and the Supreme Church Council’.

In the new series, His Eminence noted, there have already come out three educational aids: ‘Basics of Non-Christian Religions’ the first volume of the Four Gospels and an anthology of early Christian literature under the general title ‘Holy Fathers and Doctors of the Church’. These books have been approved by His Holiness the Patriarch and the SCC.

‘We should unite the efforts of academics who are preparing or have already prepared their drafts editions, the DECR chairman said, ‘We need to formulate a commission for writing textbooks and educational aids and publish them in a solid number of copies, in a one design, with appropriate reviews and signature stamps, under the aegis of the Supreme Church Council. I would note that our textbooks should be published not only for theological schools. They are to be prepared and published on a level allowing their use in secular universities with theological training programs’.

The agenda of the meeting also included the development of a single network of church dissertation councils. His Eminence Hilarion reminded the participants that His Holiness Patriarch Kirill approved in March 2015 a Provision for Doctor’s and Candidate’s Dissertation Councils of the Russian Orthodox Church: ‘It is necessary to see to it that the dissertation councils existing today should conform to the Provisions on Dissertation Councils approved by His Holiness Patriarch Kirill in March 2015’.

In their reports, the rectors of Moscow, St. Petersburg and Minsk Theological Academies, expressed support for this approach and made reports on the work carried out in their academies to form dissertation councils.

Then Metropolitan Merkury made a report about the topic and format of the 2018 Christmas Readings in the context of organizational tasks of the Inter-departmental Coordinating Group. He reported that the Supreme Church Council at its meeting on February 17, 2017, decided to hold the 26th International Christmas Educational Readings from January 24 to 26, 2018, in Moscow, under the theme ‘Moral Values and the Future of Humankind’. The Readings will work in 16 areas devoted to various aspects of church service each supervised by an appropriate synodal structure. He stressed the importance of the events involved in the work of the Inter-departmental Coordinating Group in the framework of the Christmas Readings. 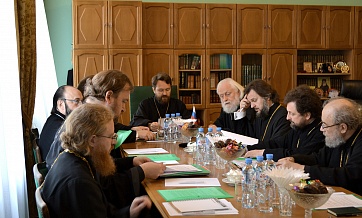 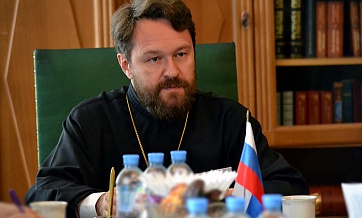 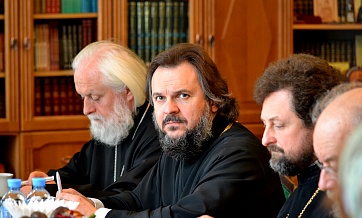 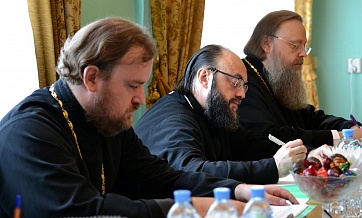 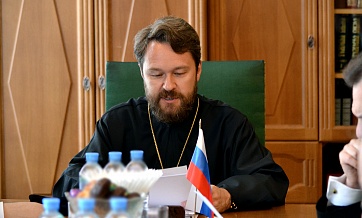