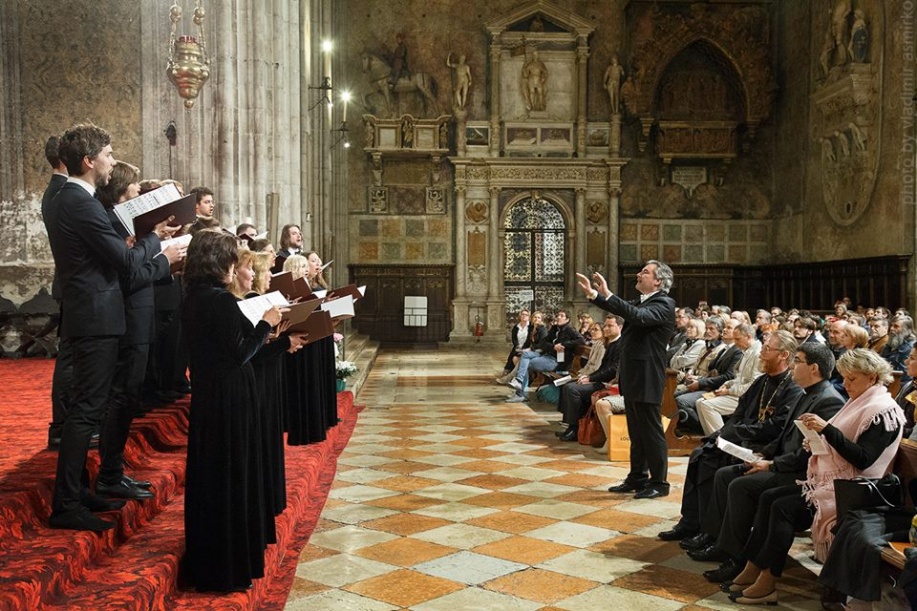 On May 7 and 8, 2017, divine services were held at the church of the Holy Myrrh-Bearing Women in Venice and at the relics of St. Mark at the Basilica of San Marco, as part of the commemoration day of the holy evangelist.
In the morning of May 8, the Divine Liturgy was celebrated in the crypt of St. Mark’s Cathedral by Archpriest Alexiy Yastrebov, rector of the Parish of the Holy Myrrh-Bearing Women, with Italic parish clergy concelebrating.

The singing was performed by the Moscow Synodal Choir conducted by Russia’s Honoured Artist Alexy Puzakov, who came to Venice for the St. Mark celebrations. Present in the church were representatives of the Venice Catholic curia including Rev. Francesco Marchesi responsible for inter-Christian dialogue in the diocese, and Fr. Roberto Benvenuto, abbot of St. Anthony’s Franciscan monastery. There was also Ms. T. Shumova, director of the Center for Film Festivals and International Programs, Moscow. After the service, the Orthodox congregation was addressed by Msgr. Giuseppe Camilotto, rector of San Marco Basilica.

Then the participants in the celebration came up to the upper church for praise and prayer for the saint and could venerate his wonder-working relics.

On the same day, the action ‘St. George ribbon: I remember and I am proud’ and the Immortal Regiment march took place. In the main embankment of the city, a column marched singing the Victory songs. Just as in the last year, the march went to the memorial tablet commemorating the anti-Hitler underground partisans. Ms. Shumova and Pavel Kolombet, representative of the Russian general consulate in Milan, laid a laurel wreath in memory of all those who struggled against fascism. Archpriest Alexy Yastrebov exclaimed ‘Eternal Memory’ to the heroes and the Moscow choir and participants in the march took up the commemorative hymn. The march was broadcast live by Lifenews.

In the evening, a Paschal festive concert took place at Basilica di Santa Maria Gloriosa dei Frari. The Moscow Synodal Choir devoted it to the Victory Day. The basilica’s concert space was filled up. There were representatives of the Catholic authorities of the city, creative intellectuals, local lovers of Russian church music and Russian-speaking public. The concert consisted of religious hymns and folk songs and met with enthusiastic response. After a prolonged applause, the choir performed several additional songs.

The performance took place on the eve of the anniversary of great composer of the late European baroque Claudio Monteverdi’s birth. He is buried at the Frari basilica. Specially for the Russian choristers, the chapel with Monteverdi’s tombstone was opened for them to venerate the memory of the outstanding figure of the European culture, who, besides, was the conductor at the St. Mark’s Cathedral. Here Alexy Puzakov met the present conductor of the San Marco capella, Maestro Marco Gemmani, who had also helped to bring the Moscow Synodal Choir to Venice. Both conductors expressed hope that the cooperation and meetings would continue in both Venice and Russia.

The concert at the Basilica of Santa Maria Gloriosa dei Frari was the final point in the tour of the Synod Choir in Italy, which was organized by the Center for Film Festivals and International Programs and the Foundation for Reviving the Synodal Choir with the support of benefactors. 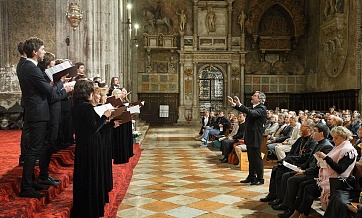 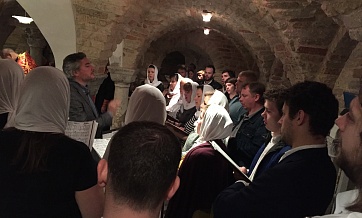 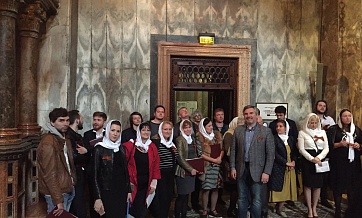 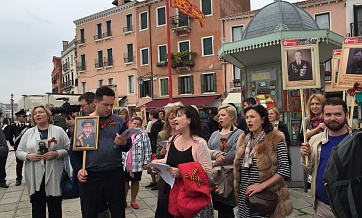 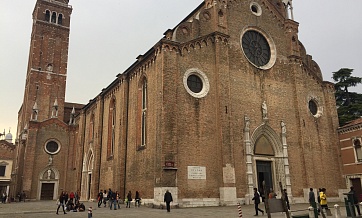 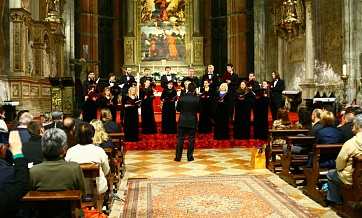 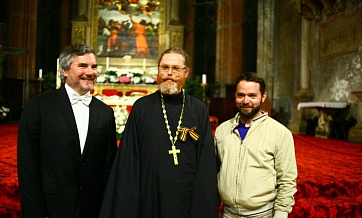 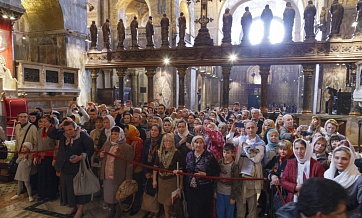 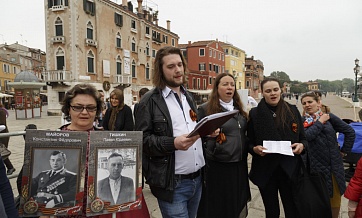