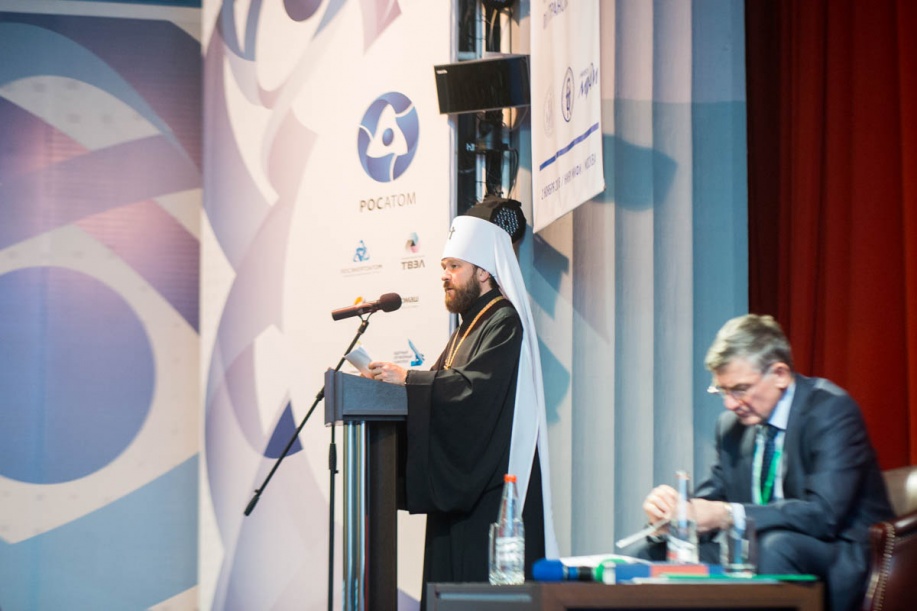 November 2, 2018 – The 2nd All-Russia Academic Conference on Theology in the Present-Day Academia held its final session at the National Research Nuclear University MEPhI in cooperation with the Ss Cyril and Methodius Institute of Post-Graduate Studies (CMI).

The main plenary session heard a paper presented by Metropolitan Hilarion of Volokolamsk on Theology in Education and Science: Development of the Industry.

In his address, Metropolitan Hilarion put an emphasis on the problems of theological scholarship and education faced by the conference and the Theological Scholarly and Educational Association (TSEA) as a whole. The metropolitan also offered possible ways of solving these problems. He stressed that what is necessary is ‘to ensure a systemic information support and state demand’ for specialists in theology, to involve theologians in the work in schools and to include in humanities curriculum the units reflecting ‘the religious components of our culture and the historical past of our people’. As the hierarch pointed out, involving in the educational process the theologians who ‘have pedagogical skills and the right to pedagogical work will not come into conflict with the secular nature of our school education and cultural approach adopted in school’.

In conclusion of this address, Metropolitan Hilarion outlined ‘quite a number of other tasks beginning from the need to provide the teaching of theology on all the levels of education with textbooks and educational aids and methodological materials to the need to define the very strategy of the development of this branch of knowledge’. The task to solve these problems is placed on the TSEA ‘as a field for cooperation among universities and for pooling of their resources, as well as on the support of the Ministry of Education and the Russian Academy of Education’.

The work of the plenary session was continued by presidents of the TSEA universities who presented the pressing agenda, made their own proposals and outlined priority tasks.

Metropolitan Feofan of Kazan and Tatarstan highlighted the unique experience of teaching and studying theology in the Metropolis of Kazan in which Orthodox Christians and Muslims live in equal number. Kazan, he said, is ‘a fruitful soil’ for Orthodox-Islamic dialogue. He also spoke about a project of the working committee in Tatarstan for coordinating the work of the TSEA institutions and the effots to involve leading higher education institutions in Tatarstan in the Association.

The first deputy head of the Russian Federation Muslim Board, Damir-khazrat Mukhetdinov, spoke about special features of the Muslim theology and the process of its successful development. In a continuation of his presentation, Metropolitan Hilarion spoke about the experience of an inter-confessional academic exchange organized by the CMI and the Bulgarian Islamic Academy.

The rector of the Russian Peoples’ Friendship University (RUDN), V. Filippov, in his remarks, touched upon the international dialogue of specialists in theology conducted in the RUDN by an international symposium as part of the current conference. He made a special emphasis on the need to develop not only an educational but also professional Theology standard.

The chairman of the Russian Orthodox Church’s education committee, Archpriest Maxim Kozlov, in his report, stressed the need to apply to the Theology standard as strict criteria and demands as are applied to other disciplines.

The rector of the North Caucasus Federal University, Ms. A. Levitskaya, and the chief of the Ivanovo Fire-Rescue Academy of the Ministry of Emergences Situations, Gen.-Left. I. Maloy, highlighted the work to develop theological knowledge and its peculiarities in the MES higher education institutions.

The work of the session was concluded with a report by the rector of the St. Tikhon Orthodox University of Humanities, Archpriest Vladimir Solovyev, who spoke, in particular, on prospects for the development of theology. While the Church cannot work without relations with the state, he said, she is the only force capable of ensuring the proper spiritual and moral education of the younger generations in school.

After the plenary session, there was a ceremony of awarding the TSEA certificates to the university rectors who have joined the Association.

After a break, the conference continued its work in the form of symposia and round-table talks dealing with various problematic areas of theological knowledge, such as Theology as a Branch of Knowledge, the Structure of Theology and Problems of Method, Church History: Pressing Areas of Studies, Theological Subjects and Modern Educational Technologies, Theology and Higher School, Scientific and Educational Cases of Theology, Spiritual and Moral Work with Youth, Theology as a Factor of Interreligious Relations.

Along with Russian Orthodox hierarchs and clergy, the conference was attended by presidents of leading Orthodox, Islamic and secular universities in St. Petersburg, North Caucasus, Moscow Saratov, Kuban, Tula and other cities.

In total, there were over 50 rectors of theological and secular higher education institutions. The conference was also attended by members of the Interreligious Council in Russia, including Russia’s Chief Rabbi Berel Lazar, professors and lecturers from universities that have chairs of theology, as well as representatives of dioceses and theological schools. 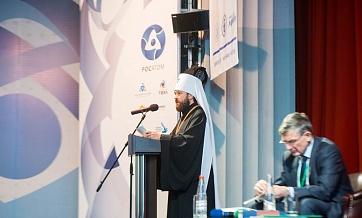 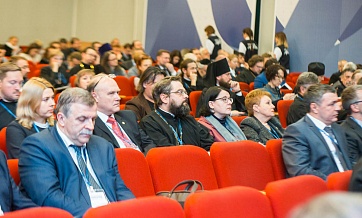 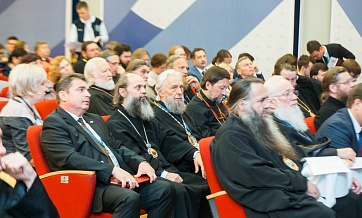 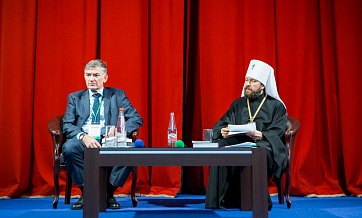 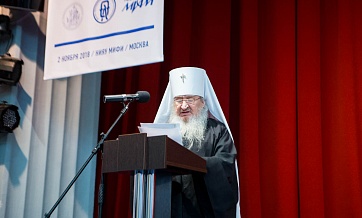 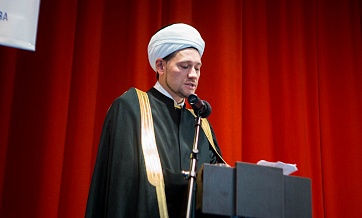 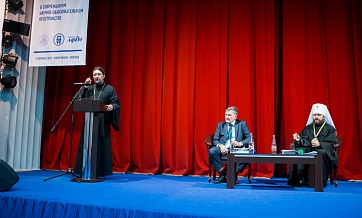 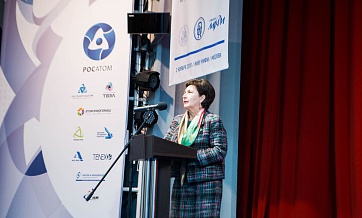 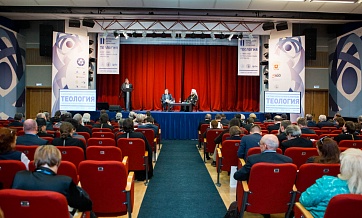 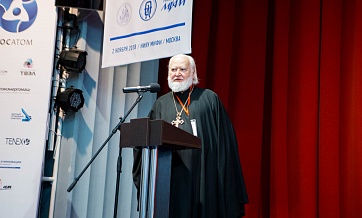 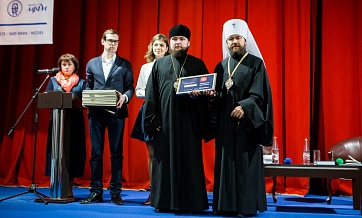 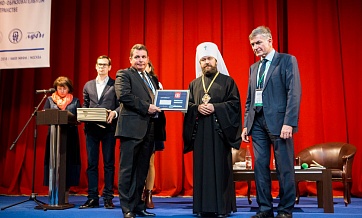 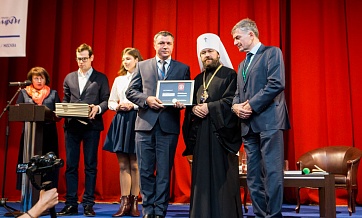 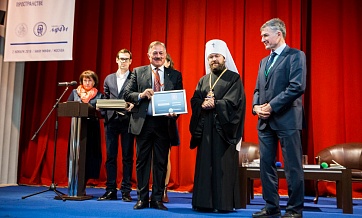 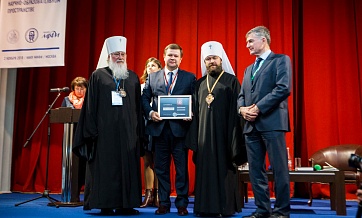 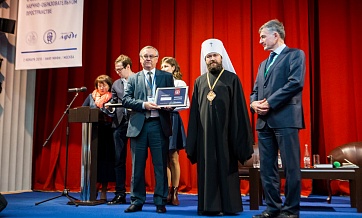 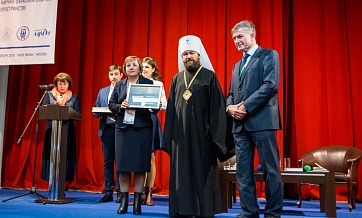 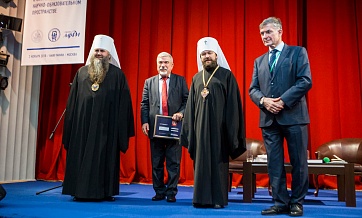 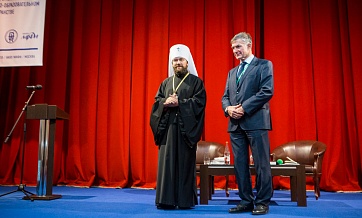