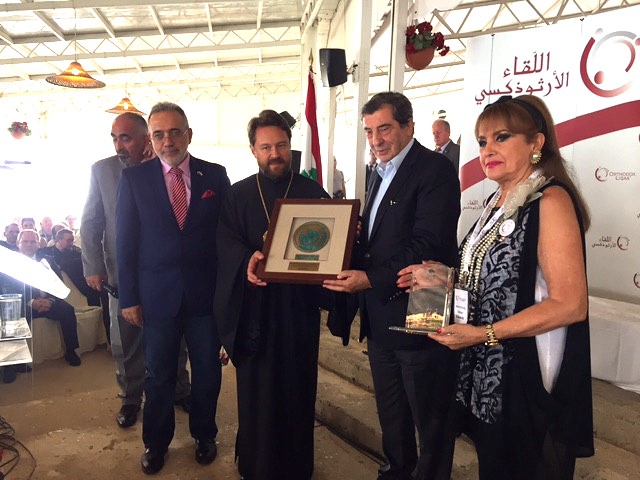 On 16 September 2017, during his visit to Lebanon, Metropolitan Hilarion of Volokolamsk, chairman of the Moscow Patriarchate’s Department for External Church Relations, took part in an international conference entitled “Russia in the Heart of Lebanon.”
Among the guests and participants of the conference were Metropolitan Anthony of Zahle; Metropolitan Niphon of Philippopolis, representative of the Patriarch of Antioch and All the East to the Patriarch of Moscow and All Russia; Mr. Nicolas Tueni, Minister of State for Combatting Corruption of the Lebanese Government; Mr. Alexander Zasypkin, Ambassador Extraordinary and Plenipotentiary of the Russian Federation to the Lebanese Republic; Hegumen Arseniy (Sokolov), representative of the Patriarch of Moscow and All Russia to the Patriarch of Antioch and All the East; Mr. V.V. Zaychikov, head of the Russian Centre for Science and Culture in Beirut; Ms Yelena Agapova, deputy chair of the Imperial Orthodox Palestine Society; Mr. Nicolas Badawi, president of the Lebanese-Russian House; Hieromonk Stefan (Igumnov), DECR secretary for inter-Christian relations; Archpriest Igor Yakimchuk, DECR secretary for inter-Orthodox relations; as well as representatives of the local authorities, Christian confessions, diplomatic corps, non-governmental organizations, and the Russian compatriots.

The meeting was organized by the Orthodox League, which unites the Orthodox church leaders and public figures of Lebanon.

During the conference, the Moscow Synodal Choir and the Mount Lebanon Choir (Patriarchate of Antioch) performed religious hymns of the Russian and the Antiochian traditions.

Metropolitan Hilarion of Volokolamsk addressed the participants in the conference with a greeting speech.

Metropolitan Niphon of Philippopolis also delivered a presentation, in which he focused on the history of fraternal relations between the Orthodox Churches of Antioch and Russia. 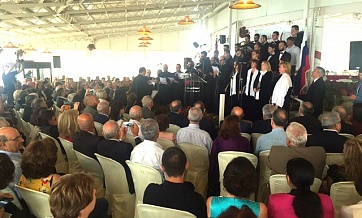 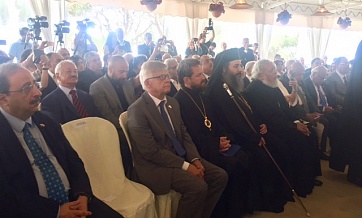 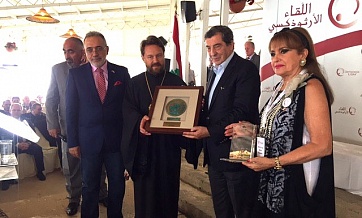 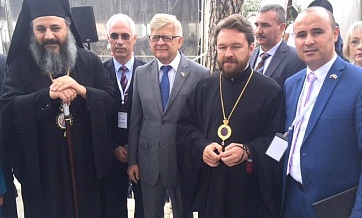