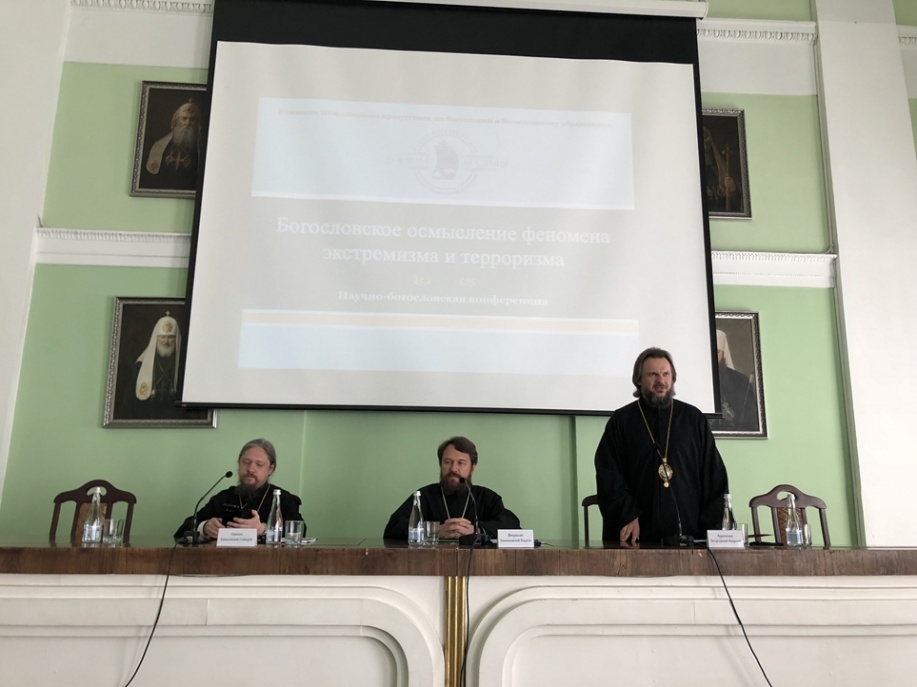 On May 12, 2018, in keeping with a decision of the commission on theology and theological education of the Russian Orthodox Church’s Inter-Council Presence, a theological conference was held on Theological Understanding of the Phenomenon of Extremism and Terrorism, at the St. Petersburg Theological Academy.
The aim of the conference was to involve ecclesial and secular experts in defining the notions of extremism, radicalism and terrorism from theological perspective and to consider possible ways of overcoming social deformations arising from the spread of world terrorism and growth of extremist moods.

The gathering in the academy assembly hall included members of the Inter-Council Presence commission on theology and theological education, experts, members of the St. Petersburg public chamber, municipal officials and students of the academy post-graduate courses.

The conference was opened by the rector of St. Petersburg Theological Academy and members of the Inter-Council Presence commission on theology and theological education, Archbishop Ambrose of Petergof.

In the beginning of the meeting, the conference was addressed by Metropolitan Hilarion of Volokolamsk, head of the Moscow Patriarchate department for external church relations (DECR), chairman of the Inter-Council Presence commission on theology and theological education and rector of the Ss Cyril and Methodius Institute of Post-Graduate Studies (CMI).

Among the attendees from the Inter-Council Presence commission were Bishop Gennady of Kaskelen, administrator of the Metropolitan District in Kazakhstan and rector of Alma-Ata Seminary; K. Antonov, head of the St. Tikhon Orthodox University of the Humanities chair of philosophy and religious aspects of culture; and A. Maler, lecturer at the State Academic University of the Humanities. Among those invited to attend were V. Martinovich, director of the Byelorussian Orthodox Church center for the studies of sects and head of the Minsk Theological Academy chair of apologetics; V. Laza, counsellor, Federal Agency for Nationality Affairs directorate for monitoring, analysis and prognosis; Ms. A. Astakhova, head of Kazan Federal University chair of religious studies; Archpriest George Joffe, associate professor at St. Petersburg Academy chair of church-practice disciplines.

The conference program included papers on such topics as the formulation of the notion of ‘religious extremism’, the difference between extremism carried out under religious slogans and radicalism and fundamentalism, mechanisms for detecting and eliminating risks involved in these problems and the role of religious education in opposing extremist activities. The participants will consider methodological problems of the theological analysis of extremist manifestations in the religious sphere and will familiarize themselves with materials developed by Local Orthodox Churches on manifestations of extremism covered up by religious rhetoric.

The conference is expected to adopt a communique in conclusion of its work. 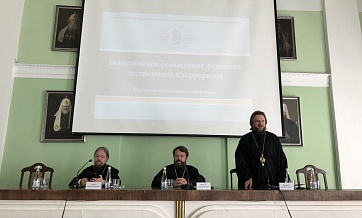 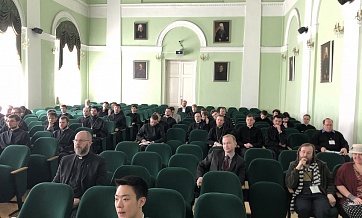 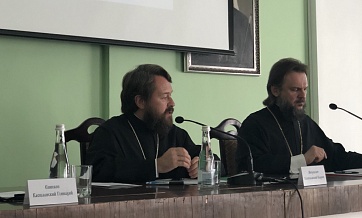