Metropolitan Hilarion of Volokolamsk meets with Archbishop Chrysostomos of Cyprus

Metropolitan Hilarion of Volokolamsk meets with Archbishop Chrysostomos of Cyprus 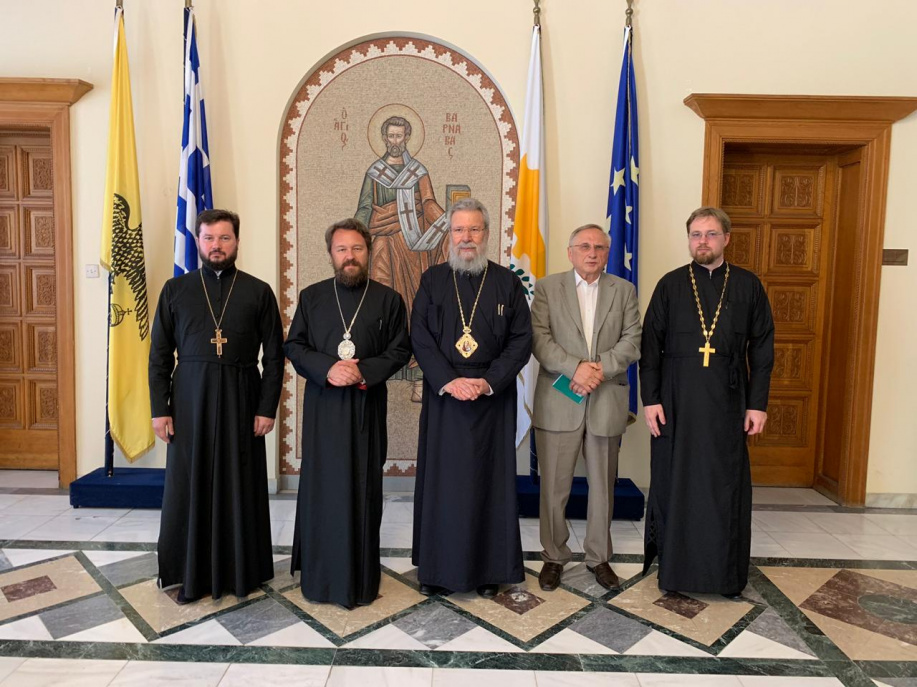 On June 7, 2019, Metropolitan Hilarion of Volokolamsk, head of the Moscow Patriarchate department for external church relations (DECR), with a blessing of His Holiness Patriarch Kirill of Moscow and All Russia, arrived in Cyprus. At the airport the guest was met by Russian Ambassador to Cyprus S. Osadchiy.
On June 8, Metropolitan Hilarion visited the Archdiocese of Cyprus to meet with His Holiness Chrysostomos, Archbishop of New Justiniana and All Cyprus.

In the beginning of the meeting, the DECR chairman conveyed to the Primate of the Orthodox Church of Cyprus cordial greetings and best wishes from His Holiness Patriarch Kirill.

Taking part in the first part of the talk were Ambassador S. Osadchiy and Archpriest Pavel Povalyaev, a cleric of the Metropolia of Limassol. Then Metropolitan Hilarion and Archbishop Chrysostomos had a talk in the one-to-one format, with the participation of Rev. Anatoly Churyakov, DECR, as an interpreter.

They discussed a wide range of issues concerning the bilateral relations between the Russian Orthodox Church and the Orthodox Church of Cyprus and items on the inter-Orthodox agenda.

In conclusion of the talk, which was held in a warm and cordial atmosphere, the sides exchanged tokens of the meeting. 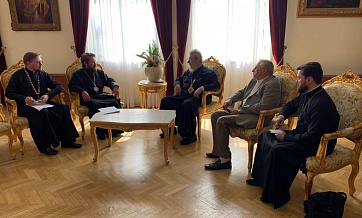 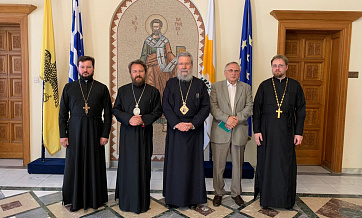 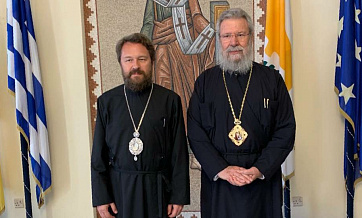