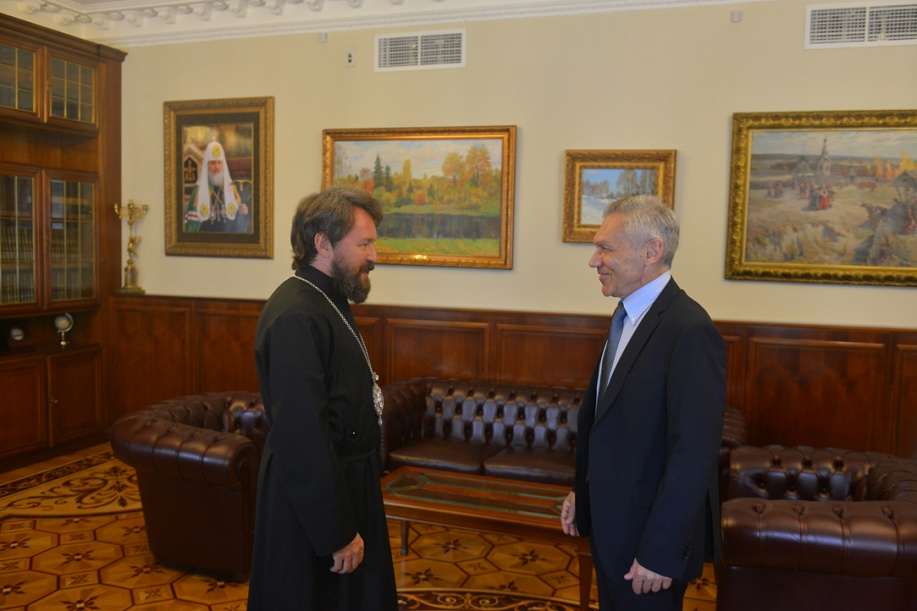 On June 10, 2019, Metropolitan Hilarion of Volokolamsk, head of the Moscow Patriarchate department for external church relations (DECR), received the Russian Federation Ambassador Extraordinary and Plenipotentiary A. A. Botsan-Kharchenko, who is preparing to leave for his new duty station in Belgrade.

They were joined in their talk by A. Khoshev, DECR secretariat for inter-Orthodox relations.

During the talk, which was held in a warm atmosphere, the sides discussed the importance of inter-church contacts for developing the bilateral relations between Russia and Serbia, promising projects for cooperation between the Russian and Serbian Orthodox Churches and other topics of mutual concern. 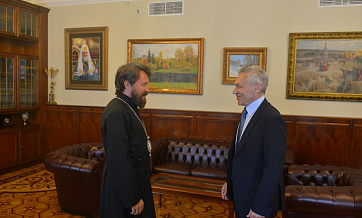 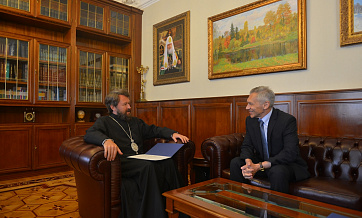 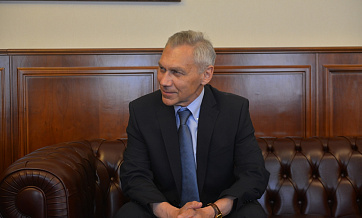 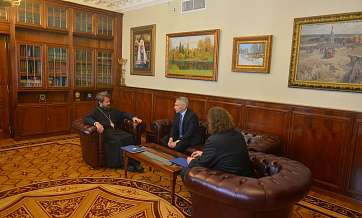