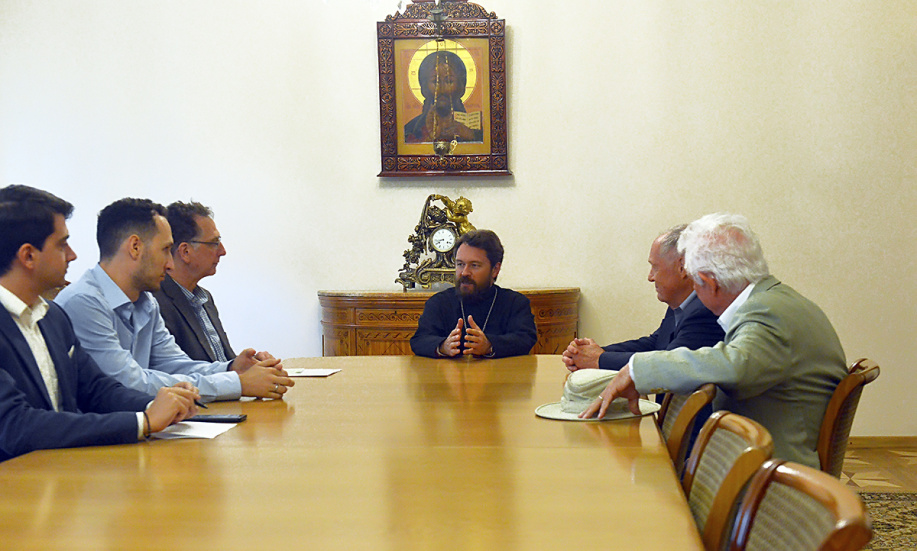 On 15 July 2019, Metropolitan Hilarion of Volokolamsk, chairman of the Moscow Patriarchate’s Department for External Church Relations (DECR), met with a delegation the Urbi et Orbi Foundation led by its founder Dr. Robert Moynihan, who is also editor-in-chief of the Inside the Vatican magazine. They were joined at the meeting, which took place at the DECR premises, by Mr. Philip Champion, a staff member of the DECR secretariat for inter-Christian relations.

Discussed at the meeting held in a friendly atmosphere were a number of topics of mutual interest, for instance, the development of bilateral cooperation between the Russian Orthodox Church and the Roman Catholic Church.  The guests thanked Metropolitan Hilarion for the hospitality and expressed willingness to develop relations between the Urbi et Orbi Foundation and the Russian Orthodox Church in cultural, scientific and social areas. 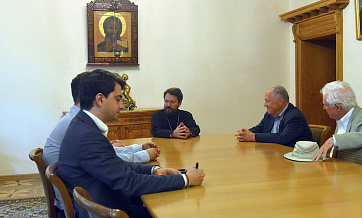 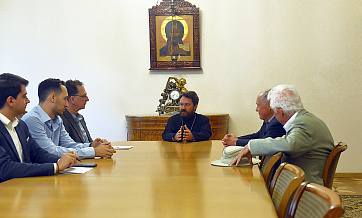 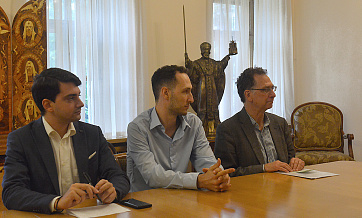