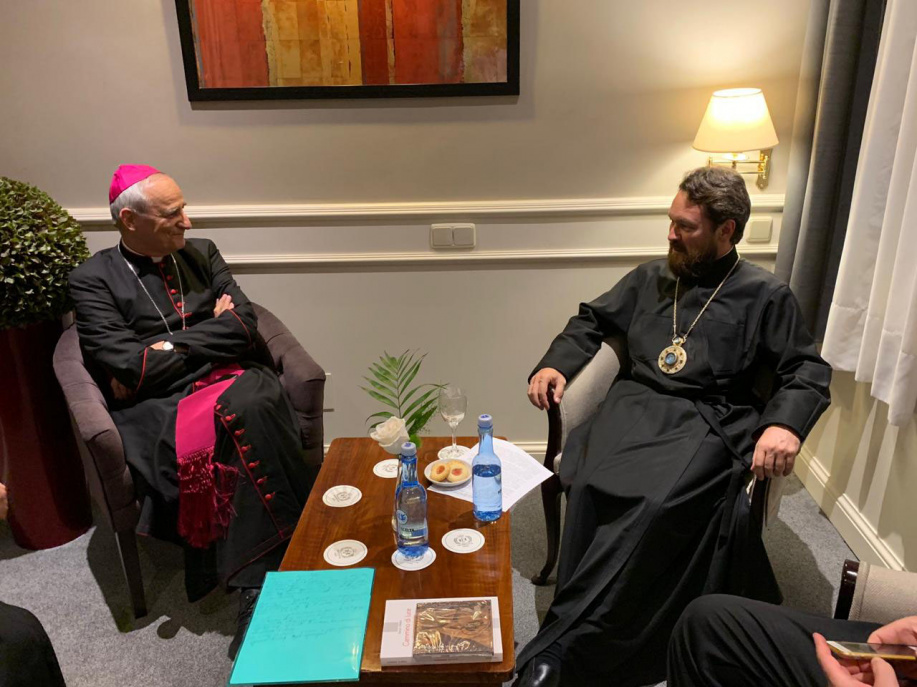 On September 17, 2019, Metropolitan Hilarion of Volokolamsk, head of the Moscow Patriarchate department for external church relations (DECR), who is on a visit to Madrid with a blessing of Patriarch Kirill of Moscow and All Russia, met with Archbishop Matteo Zuppi of Bologna, spiritual father of Sant’Egidio Community.
In the beginning of the meeting, His Eminence Hilarion congratulated Archbishop Zuppi on Pope Francis’s decision on his forthcoming elevation to the rank of cardinal.

The DECR chairman and Archbishop Zuppi exchanged opinions on promising areas in which inter-Christian cooperation may develop today. He mentioned as a priority the work with youth including in the media and in broader witness to Christ in the internet space.

They were joined in their talk by Hieromonk Stephan (Igumnov), DECR secretary for inter-Christian relations, and Prof A. Riccardi, secretary of Sant’Egidio Community.