DECR chairman completes his trip to the USA

DECR chairman completes his trip to the USA 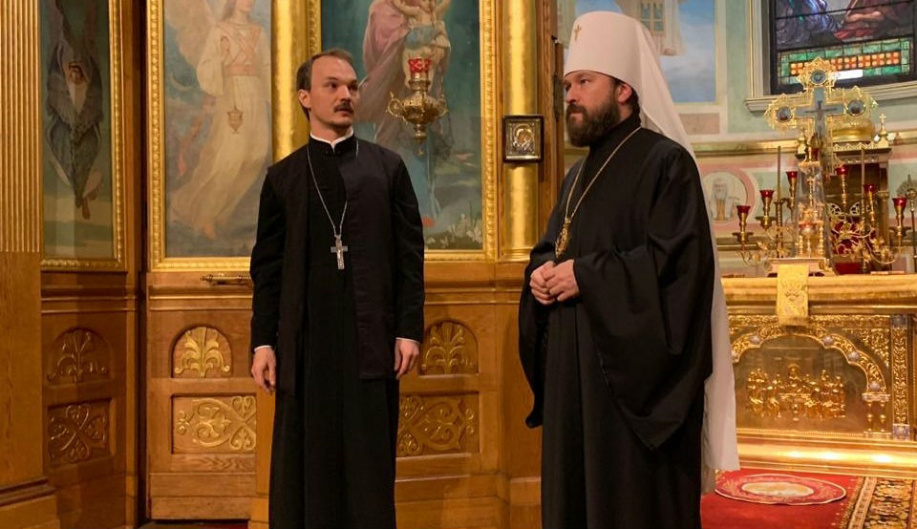 On October 25, 2019, Metropolitan Hilarion of Volokolamsk, head of the Moscow Patriarchate department for external church relations (DECR), in the end of his trip to the United States, visited the New York representation of the Moscow Patriarchate – the St. Nicholas Cathedral. His Eminence gave his benediction to the clergy and representation staff and presented a collection of his works in English and Russian as a gift to the parish library.
In the evening of the same day, Metropolitan Hilarion left for the motherland. At John Kennedy airport the DECR chairman was seen off by Russian general consul in New York S. Ovsyannikov and the clergy of the St. Nicholas Patriarchal Cathedral.

During his visit to the USA, Metropolitan Hilarion took part in the celebrations devoted to the 125th anniversary of the beginning of the service of St. Raphael of Brooklyn and the centenary of the St. Nicholas Cathedral of the Church of Antioch in Brooklyn. He also met with His Beatitude Tikhon, Metropolitan of All America and Canada, Archbishop Elpidophoros of America (Patriarchate of Constantinople), Archbishop Joseph of New York and North America(Patriarchate of Antioch), Russian ambassador to the USA A. Antonov, Russian permanent representative to the UN V. Nebenzya, president of the Appeal of Conscience foundation Rabbi Arthur Schneier, president of St. Vladimir’s Seminary of the Orthodox Church in AmericaArchpriest Chad Hatfield, the faculty and students of the seminary, the clergy of the Patriarchal Parishes in the USA, and the clergy of the ROCOR.