DECR chairman celebrates the Liturgy at the church of St. Mary Magdalene in Madrid

DECR chairman celebrates the Liturgy at the church of St. Mary Magdalene in Madrid 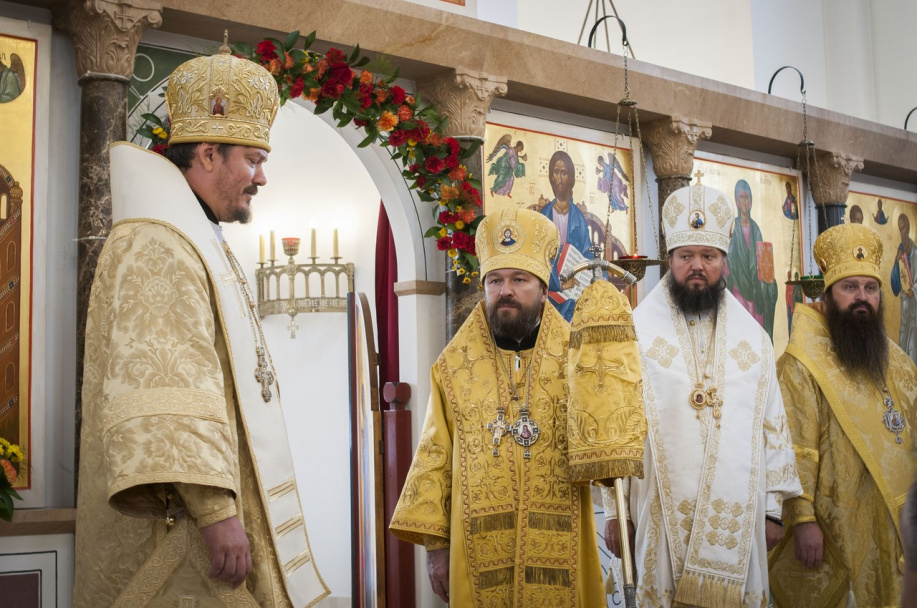 On September 15, 2019, the 13th Sunday after Pentecost, Metropolitan Hilarion of Volokolamsk, head of the Moscow Patriarchate department for external church relations (DECR), celebrated the Divine Liturgy at the Russian Orthodox church of St. Mary Magdalene Equal-to-the-Apostles in Madrid.
He was assisted by Metropolitan Nikodim of Zhitomir and Novograd-Volynsky, Archbishop Nestor of Madrid and Lisbon, Bishop Antony of Slutsk and Soligorsk, secretary of the diocese of Madrid; Archpriest Andrey Kordochkin, ecclesiarch of the St. Mary and Magdalene church; Archbishop Nikolay Danilevicn, deputy head of the Ukrainian Orthodox Church’s external relations department; Hieromonk Stephan (Igumnov), DECR secretary for inter-Christian relations; Archpriest Nikolay Labynko, secretary of the diocese of Slutsk; and the clergy of the St. Mary Magdalene Church.

The delegation of the Russian Orthodox Church headed by Metropolitan Hilarion is in Madrid with a blessing of Patriarch Kirill of Moscow and All Russian for the Prayer for Peace, an event organized by the Catholic Community of Sant’Egidio.

After the service, Metropolitan Hilarion was greeted by the rector of the church, Archbishop Nestor of Madrid and Lisbon, who said in particular, ‘For 10 years now Your Eminece has represented the Russian Orthodox Church in her external relation. You have done much for this time. We use the fruits of your service because in all the dioceses of the Russian Church, especially abroad, the high authority enjoyed by the Russian Church is to a large extent is to your credit’.

In his address to the congregation, Metropolitan Hilarion conveyed to the faithful a blessing from Patriarch Kirill ‘who was the originator of this church and personally monitored its construction. Now our Russian-speaking faithful and all who wish can come to this church to pray and participate in the Divine Liturgy’.

In his homily on the Reading of the Gospel of the day on the evil tenants, His Eminence spoke on the significance of the Lord’s parables as invariable in all historical contexts. ‘And today too, we see all kinds of attempts of various forces to destroy Christianity or to turn it away from public life. All this is claimed to be done for the sake of peace and tolerance. Attempts are made to drive Christianity away from the place in which it was preached for centuries and in which it culturally and spiritually has fertilized the life of whole nations. We as Orthodox Christians are called to have Christ in our hearts, to bear the word of Christ to people so that Christian faith could be taught to our children and could be handed down through them to future generation of our grandchildren and grand-grandchildren’.

Metropolitan Nikodim of Zhitomir thanked His Eminence Hilarion for the opportunity to celebrate together in the St. Mary and Magdalene Church in Madrid, saying in particular, ‘Today we have an opportunity to represent the Russian Orthodox Church here, in Madird, with a blessing of the Primate of the Ukrainian Orthodox Church. We are pleased to hear that a prayer is lifted up here in each church for the Ukrainian land and its people who are suffering from war and bloodshed’. 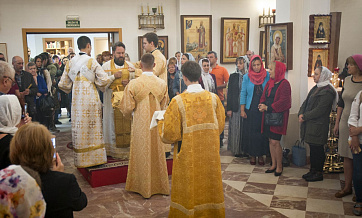 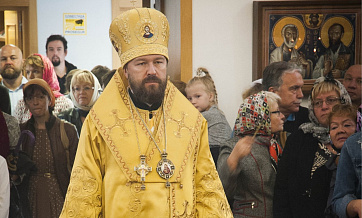 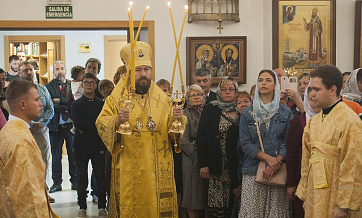 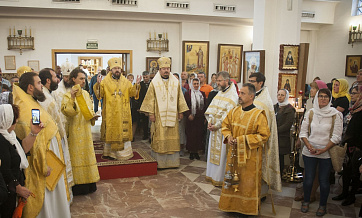 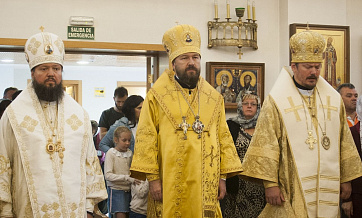 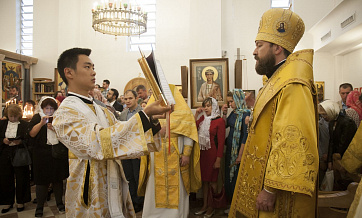 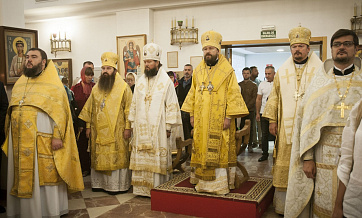 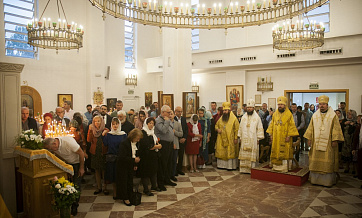 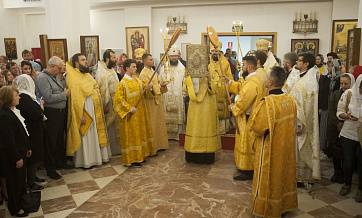 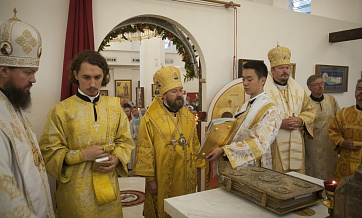 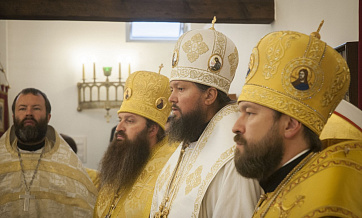 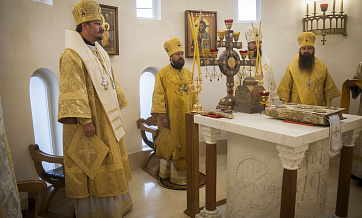 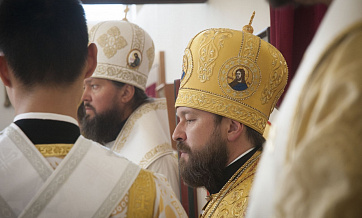 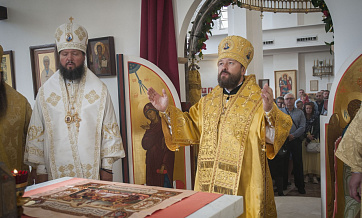 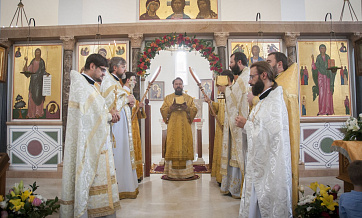 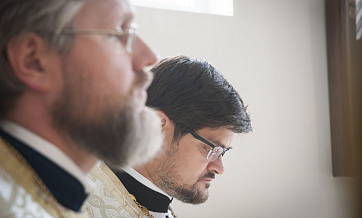 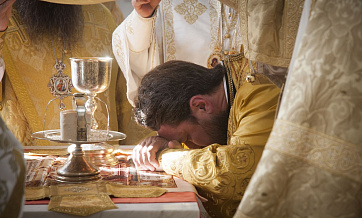 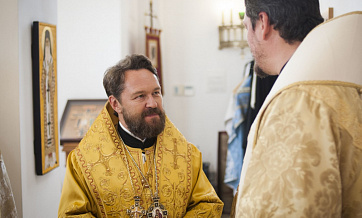 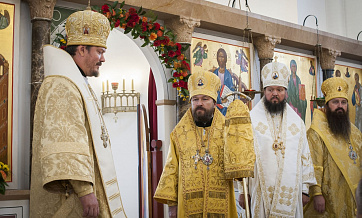 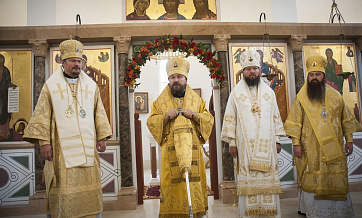 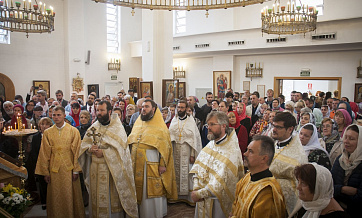 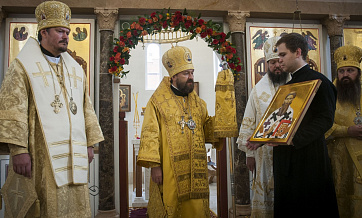