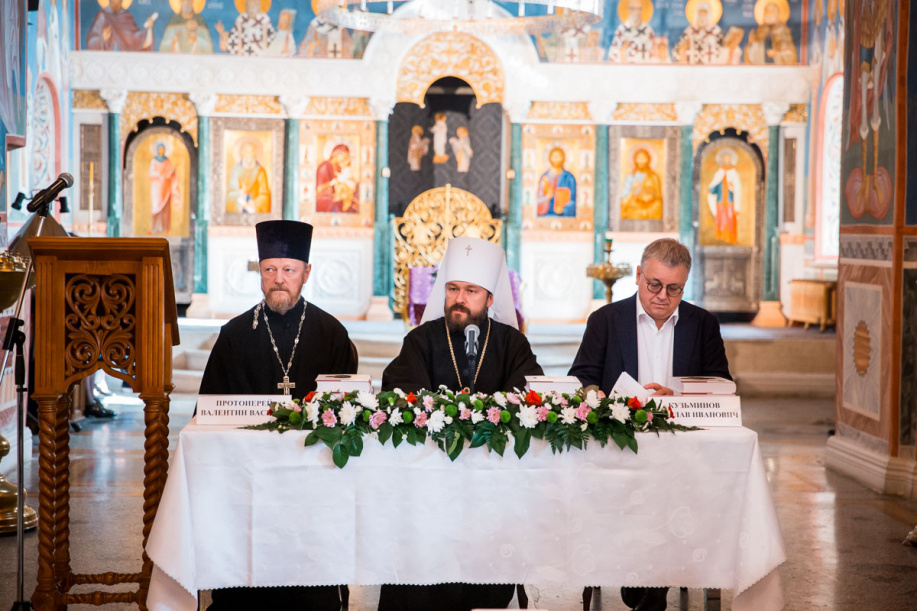 On October 3, 2019, the commemoration day of Martyrs and Confessors Michael and Theodore of Chernigov, the Ss Cyril and Methodius Institute of Post-Graduate Studies (CMI) held its Commencement Day.
After the Divine Liturgy celebrated by the CMI rector at the church of Martyrs and Confessors Michael and Theodore, the participants in the celebrations proceeded to then church of the Beheading of St. John the Baptist for the Commencement Act. The presidium of the assembly, along with the CMI rector, included Ya. Kuzminov, rector of the National Research University Higher School of Economics, and Archpriest Valentin Vasechko, deputy chairman of the Russian Orthodox Church’s education committee.

In his opening speech, Metropolitan Hilarion of Volokolamsk spoke about the major areas of the CMI’s work carried out since its inception at the initiative made by His Holiness Patriarch Kirill of Moscow and All Russia at the Holy Synod meeting on March 31, 2009.

Metropolitan Hilarion dealt first with the CMI’s academic work carried out by the dissertation councils and annual academic conferences on patristics and Bible studies. Among the significant academic events organized by the CMI in the past years, were the preparation and conduct of conferences on theology as a branch of knowledge.

His Eminence also dwelt upon the CMI’s educational work, pointing to the CMI’S major training programs, and upon its efforts to integrate theology in the educational environment. Among other things, he pointed to the intensive partnership with universities in other countries as promoting academic mobility and exchange of experience in theological education.

In concluding part of his speech, the CMI rector recounted the publishing projects and highlighted the work to prepare textbooks for undergraduates of theological schools and theological chairs in secular universities. He also presented some already published textbooks and enumerated the educational aids under preparation. ‘Now work is carried out to prepare 34 more textbooks’, he said, ‘as you understand, it is a large-scale project because few textbooks are produced by one author; for most part, each of them is a team product’.

In his speech, the rector of the Higher School of Economics, Ya. Kuzminov, noted the CMI’s fruitful efforts for reviving theology in today’s academic field and underscored the effectiveness of cooperation between the CMI and the HSE in realizing joint educational programs on Philosophy and History of Religion and Canon Law.

In conclusion of the assembly, speeches of greeting were made by Archpriest Valentin Vasechko, Archpriest Alexander Zadornov, pro-rector for theological work, Moscow Theological Academy; and Hegumen Dionisiy (Shlenov), director of the MTA library and one of the authors of textbooks for undergraduates of theological schools.

The Commencement Arc concluded with a prayer at the myrrh-pouring Icon of Our Lady of Kazan. The repeated cases of this icon’s myrrh pouring have been registered, with some happening in recent days. 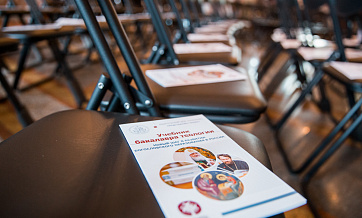 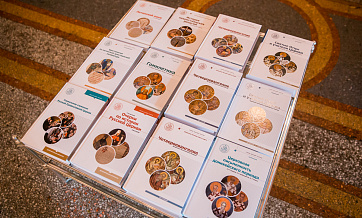 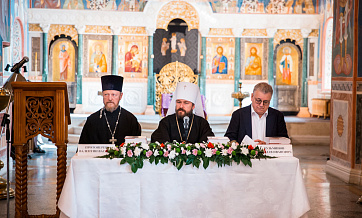 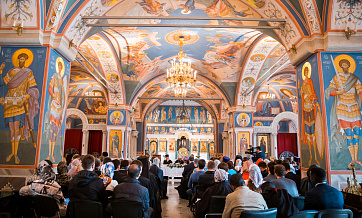 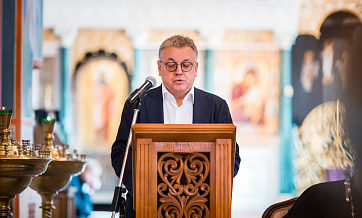 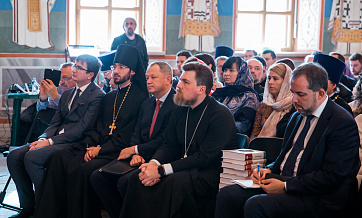 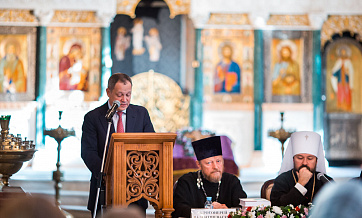 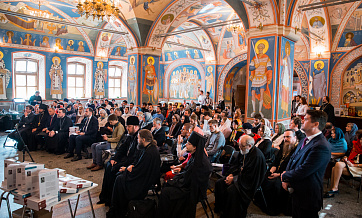 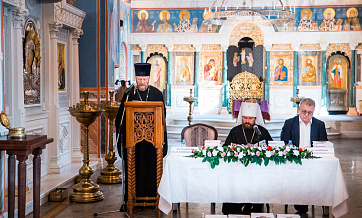 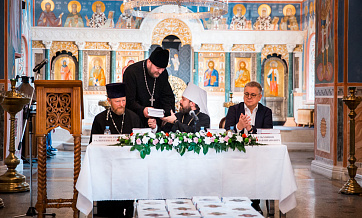 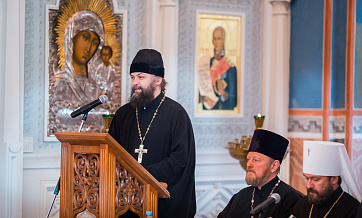 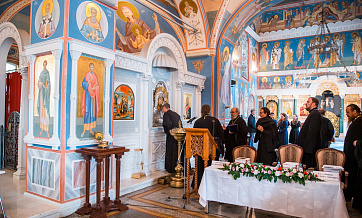